Mentalist DaiGo was recommended for supplements by video distribution.

As a basic kihon, “you should eat nutritious food properly”

As an aid in case of lack or here,

Introduction of supplements recommended by DaiGo.

I wrote the bar while watching the broadcast,

Because, DaiGo, I always say that I’m going to study more and more. Lol

But if you have this

It is quite safe as a stick that does not fall.

And by writing this article,

I am very satisfied. Lol

I am Japanese. I use the translation function. I hope it matches.

It seems that the nutrition of EPA and DHA contained in blue fish is good.

It is a “fish abra” that is often found in mackerel and salmon.

Salmon and cod are also rich in protein.

It is better to eat the fish itself, so you can get various nutrients.

If it is a poor manufacturer, it will be in the manufacturing process and at the time

It is necessary to be careful because it may be already oxidized (oil has become old).

Of a manufacturer called Nordic Naturals 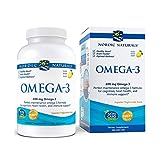 People who drink too much alcohol may be deficient in zinc, as they may be used to break down alcohol.

Zinc is not enough, but too much seems to have a bad effect.

If it is not enough, it will lead to a decline in the brain’s cognitive function.

If you take in people who are not enough, you can expect to improve your mood.

It is also good for preventing colds.

・ Be careful not to take too much zinc

Because it is contained in shellfish etc., people who usually eat a lot of seafood may drink too much if they drink up to supplements

・ Do not take with calcium or magnesium

Absorption efficiency decreases when taken together

So, DaiGo suggested that zinc is not strictly a supplement, but a troche (like a ramune or tablet).

This lozenge contains 24mg of zinc.

In short, it is just a good amount for one day.

Quiet talk rest, what is IHerb

In the video, a little bit DaiGo

“I sell it with iherbs”.

At first I didn’t know what,

It was an overseas mail order site.

It seems that shipping is free when you buy it. 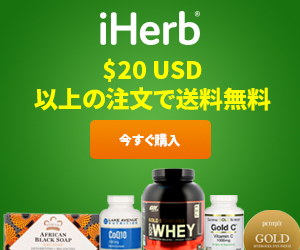 (I don’t sell supplements and herbs from here to Amazon,

There are products that iHerb sells. )

An ingredient with a name that seems to be quite long.

He seems to be involved in the hormones that control the psychological effects of the brain.

It seems good to take 400mg three times a day,

The effect will come out by continuing this for two weeks.

It is important to keep good supplements.

DaiGo’s recommended supplement is 400mg per tablet, so just three tablets are good.

However, because it is a little expensive, people who want to keep doing it …

It seems good to ingest.

Works indirectly to increase the concentration of esadenosylmethionine in the body

First of all, it is ant to drink creatine.

Creatine is highly rated and popular on Amazon 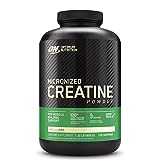 If you drink creatine before and after muscle training, power will come out,

It seems like a strong person who goes to the gym and drinks aggressively.

If the herbs are not properly selected, the effects are both strong and bad, and they are so strong.

Plant herbs grow while absorbing heavy metals (such as iron ??) in the soil,

If the soil is strange, the herb seems to be strange.

So be careful when drinking as a supplement.

It is possible to damage the liver, so be careful not to drink too much.

… If you ask me that much, it’s hard to drink except the one that Daigo recommends. Lol

In various researches, there are quite a few papers that are effective for depression.

It is said that it increases the amount of serotonin (relaxing hormone) in the brain and is also effective for mild depression.

In a large-scale study conducted in 2008, there was talk about why “severe depression was cured”

An ingredient that can be expected to be effective.

That’s why I want to drink properly without abuse.

300 to 900 mg per day. Since the feeling of use varies from person to person, it is good to start drinking from a small amount.

DaiGo says that it is a good idea to start drinking early in anticipation of that.

Rhodiola is a herb that has been used to relieve stress since ancient times.

It has been found to be effective in eliminating frustration and depression.

In addition, since the feeling of fatigue is also reduced, it is ant to try people who are tired easily. 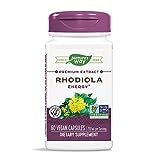 It seems that there is also a rodiora supplement from Jarrow Formulas.

When the human body feels stress, a substance called cortisol comes out,

Phosphatidylserine has the effect of suppressing cortisol.

If you have a lot of cortisol …

Because such a negative thing happens,

It seems good to take phosphatidylserine to control cortisol.

Cortisol also comes out even if you put a physical load on muscle training etc. 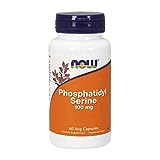 Recommended by DaiGo and sold only on iHerb …

It is a Chinese medicine that is said to be a reroller when it is overseas.

It helps to reduce cortisol, which has a negative effect on the body,

The hormone DHEA that creates motivation

It seems to increase the secretion of.

[KAVA ] prohibition of regular use!

The last thing that appeared was

It is an herb called.

This is really too effective, so DaiGo has said many times that it is a ban on regular use.

It also puts a burden on the liver.

A herb that has been used as a luxury item since ancient times,

There are many scientific experiments,

For example, in an experiment conducted in 2000 on 198 patients

When I looked it up, I felt that my feelings of anxiety had dropped dramatically …

Although the effect is supposed to be sure no longer,

It is important to note that if you turn it over, it will “load the liver”.

It is better to dilute it in water with a liquid and drink it.

It seems to work from the moment you drink.

DaiGo, many times emphasized, “Just be able to do it.”

This is quite strong.

As a way of drinking,

Although it says 580mg

It seems to be effective with 300mg in experiment.

The taste is quite mussel

The smell is also strong.

Is it safe to have it for emergency avoidance?

It ’s difficult to suddenly increase your self-affirmation,

It will gradually become a splint

It was an introduction of an effective supplement.

Supplements are just an aid,

It would be nice to be able to prevent anxiety and depression on your own without assistance. (It’s Sorya likely…)

It’s best to drink only when you’re going to be depressed.

It seems that I can usually be conscious

Zinc and fish oil as much as possible

Take it from food

It might be better to try other supplements slowly.

<PREV
我去了诚品书店（诚品生活日本桥）。 台湾与日本文化的交汇处。 [东京地铁三越前或日本桥，新日本桥]
NEXT>
Horse oil face wash. How to use Sonbayu. Clean gravel can also be used for messy hair.
関連記事

Can Spirulina Help Cure Gray Hair, Thin Hair, and Constipation? ! Nourishing and beautiful skin! Get healthy with algae that have lived since ancient times. [Super food]

Horse oil face wash. How to use Sonbayu. Clean gravel can also be used for messy hair.

3 selections of good sleep and good sleep goods. Calm your senses and get a good night’s sleep! To live well is to sleep well Can Spirulina Help Cure Gray Hair, Thin Hair, and Constipation? ! Nourishing and beautiful skin! Get healthy with algae that have lived since ancient times. [Super food] Horse oil face wash. How to use Sonbayu. Clean gravel can also be used for messy hair. 3 selections of good sleep and good sleep goods. Calm your senses and get a good night’s sleep! To live well is to sleep well Mentalist DaiGo recommends supplements, herbs and Chinese medicine to prevent anxiety! A lot of notes on how to drink and features. It should be a stick that won’t fall. Also sold on iHarb